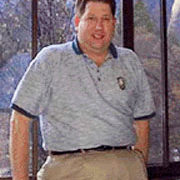 Gary has a B.S.E.E. in Electrical Engineering from Rose-Hulman Institute of Technology, the highest-rated engineering school in the country. He is a Member of AES (Audio Engineering Society) and holder of 3 patents. He's an enthusiast in Vintage Radio, Amateur Radio KG6JQR, Old Mystery Movies, Classical Music, and Musical Theater. I've been a Hi-Fi buff since I was 15; I've had many stereo systems in my life; but I've got the best one ever now. I value low cost AND quality sound. 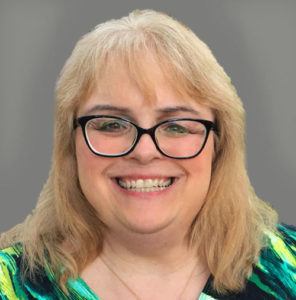 Cyndi regularly participates in Mastermind groups with renowned authors & transformational leaders such as Marci Shimoff and Debra Poneman. She has worked in many industries in Leadership roles within Sales, Personnel/Placement, Marketing & Customer Service Divisions over the last three decades.

Cyndi currently is a top Mindset and Relationship Coaching. She is a QSCA Certified Law of Attraction Certified Coach and Certified Creating Money Coach. She helps Individuals and Groups clear the mental clutter so that they can achieve their Best Life Dreams. She is a published author and is a featured author in "Mastering Your Shift" a publication coming out in 2017.

Gary's Story (which is somewhat bizarre)

Some may wonder how I can remember so vividly the details of my introduction to the love of Classical Music, and the joy of my own personal Standard Treasury of the World's Great Music album set of vinyl records. My parents couldn't have cared less about Classical Music, they were strictly Pop, from the big band period, and ballad music of the 40's, to the Pop music of the 50's.

I had an elementary school music teacher named Miss Garlock who was an angular spinster who taught us music in the 1st and 2nd grades. Yes, she was stern, and had the ubiquitous pitch-pipe, and we used standard music textbooks without copyrighted music. You know - patriotic songs, and folk songs, and songs based on simple classical music melodies.

At Christmas time, however, she wheeled in a phonograph and played a long-playing (LP) vinyl record of Tchaikovsky's "Nutcracker Suite", based on his ballet music. Miss Garlock carefully explained the story line, and who the characters were, and what they were doing. Then we listened. It was pretty magical, and I really did enjoy the music, especially when she had explained it to us.

The next Christmas, in 2nd grade, we went through this exercise again. I was even more impressed, remembering the previous year's performance. I had to have this record! So, I asked my Aunt Dee Dee and Uncle Joe if they would get me a record of this for Christmas. Sure enough, for Christmas I got album #18 of The Basic Library of the World's Greatest Music. I really liked the 4-page built-in booklet about Tchaikovsky and the Nutcracker Suite. I also listened to the reverse side, half of the Beethoven Choral Symphony. It made me curious about the other albums in the set.

Then, in 1959, I was in the local A&P grocery store with my Mom, and I saw the big display for "The Standard Treasury of the World's Great Music". There was a sample of  a complete album set of the records in a big red binding on display, along with the first record of the set, selling for 49 cents. This was a no-brainer to convince my Mom into buying this for me. I listened to the first record numerous times that first week, enjoying Schubert's Unfinished Symphony and the first movement of Tchaikovsky's Piano Concerto #1. Plus I could read about them in the booklet over and over. There was also a fold-out booklet that listed the works in the entire set, and how to enjoy the records.

This was great, and I eagerly collected all of the records until record #9. Then disaster struck. We owned a small motel, The Land-O-Nod on U.S. 31 outside of Franklin, Indiana. We lived next door to it, and my Aunt and Uncle lived next to us on the other side. So I spent a lot of time up at the Motel, at least until afternoon, when guests might start arriving. I had been literally playing with fire in the garage at the rear. There was a big plywood table fastened to the wall where the sheets and pillowcases from The American Linen Company were stacked. They laundered our sheets. There were also lawn mowers, including a big Gravely riding mower, and... there was gasoline.

I was responsible for burning the trash out back from our house, and got to be fascinated by fire and flame. I would open a gas can and pour a little onto the plywood table where the linen was. Then I would light it and watch it burn, beautiful colors, great fun! But one day, I poured out a little too much and some ran underneath one stack of paper-wrapped linens. When I lit the gasoline, to my horror, the paper around the linens started to burn! Panicked, I grabbed something and managed to get the flames out. But not before three of the paper-covered linens had burned fabric.

I frantically thought about what to do; and I decided to tell my folks. They were mad! They were concerned that I might have been hurt, and, of course, the fire could have spread and done a lot of damage.

So they said, you cannot get any more records for the Standard Treasury. This was like a death sentence. I had 9 records in sleeves, booklets, and front covers with these great photographs on them, waiting to complete, and get bound. So I was pretty miserable for a few weeks. Then my birthday came in mid-June and to my surprise and happiness, I got a package with the rest of the records and the binder. It was thrilling to put together the completed set, and begin listening to the music, as well as reading the booklets. And, of course, I never played with gasoline again.

Then, in 3rd grade, I was so proud of my Standard Treasury, that it took it to school to show off. While it was there, some "friend" removed the record with the Nutcracker Suite, and I never got it back. There was no eBay, and I didn't know how to replace it. I was crushed about my now incomplete set, and I think I neglected listening to the records for quite awhile.

That record set gave me a pretty good introduction to Symphonic music, which has stayed with me for the rest of my life. Working during the summer, while in college, I worked for RCA Consumer Electronics in the TV design department, I was able to purchase a basic component system. A Sherwood receiver, Dual turntable, AR-4 speakers, and a Shure V-15 Type III cartridge. I began building my Classical record collection.

When I moved to California after college, I continued to build my collection. I had season tickets to the San Jose Symphony, which also played for 2 Operas per year. I had been taking voice lessons, for musical theater, and my voice teacher introduced me to opera. I asked the brilliant and beautiful Annette, who was Concert-mistress of the California Youth Symphony (whom I had met through musical theater) to attend Madam Butterfly with me at the San Jose Symphony. I gave her the libretto to study so she would know what was going on, no sub-titles then. Just before the concert, I asked her if she was finished with the libretto, and she said that she hadn't started on it yet. With my male brain, I exploded, and said that I wouldn't take her if she wasn't going to properly prepare for the opera. I'm sure that she was totally shocked by my attitude. She probably thought she would just go and enjoy the music, and figure out the plot as she went along. When I said what I said, she said that she would read it that night. We went to the opera and really did have a great time. I'm not nearly as rigid in my thinking now as I was then! My apologies to Annette, where ever she is.

I fell in love with CD's and threw out all my records; was that stupid or what? What really kills me is that I sold, for $100, all of my Columbia test records, and my Pioneer PL-560 turntable, with SME Series III tone arm, and Shure V-15 Type 3 cartridge. This would be worth thousands of dollars now, and I wish I still had it! Talk about sick to the stomach! Moving on (before I slit my wrists) ...

I have since traveled to Europe many times, attending Operas in Amsterdam, Covent Garden London (Placido Domingo), and Budapest (Madam Butterfly, again, at the Hungarian State Opera on honeymoon with my wife Cyndi); 2 concerts at the Muzikverein (Goldener Saal), and 3 concerts at the Concertgebouw in Amsterdam, and a couple a dozen of West End musicals in London.

Yes, I have re-acquired my record collection by buying a ton of still-sealed record albums on eBay. I found that I missed the process of playing records... cleaning them and my needle with Discwasher tools, spraying the record with the Zerostat anti-static gun, the whole ritual. Now I'm happy listening to the Standard Treasury again, in addition to many other records.

With Cyndi, I have had several seasons of the Oregon Symphony in Portland, and have been to Lincoln Center to hear the New York Philharmonic, and to Boston to hear the Boston Symphony.

I have spent many countless evening listening to music with my late-great friend Jack Howe, an excellent Horn player, who studied under Joseph Stagliano, 1st horn of the Boston Symphony. Jack turned down a career with the BSO to work in high-tech at Ampex. Shirley Temple would bring donuts into Ampex on the weekends (her husband, Charles Black, was a marketing executive there), and once Bing Crosby came in with her (Bing helped Ampex get started in Audio Recording). He regaled me with stories of his days at the BSO's Tanglewood Estate with his erst-while friend "Lennie" Bernstein.

So, I have had quite a time during my life with Classical Music, and its been great.